Support us
About Us
Our history, DNA and more...
History

​In 1994, God opened a door for Rev. Why Duvenhage (a police chaplain in Cape Town) and other members of the Christian Police Association to start presenting camps at Apostle Battery, an old WWII army base that was left vacant and without function. Apostle Battery became the base of the CPA (Christian Police Association) and would later become JAM’s ministry base.
As the years went by, more and more camps were held at Apostle Battery. Rev. Why, his sons, and other young leaders, started presenting camps for youth from underprivileged communities around Cape Town. God touched the hearts of these young leaders to not only present camps, but to reach out in impoverished communities and villages on a regular basis.
By 2003, there was a passionate group of young leaders. They presented camps and went on outreaches, but they weren’t connected to a specific church or organization. In 2004 God touched Gerhard’s heart (Rev. Why’s second son) to start this ministry on full time basis, hence the birth of Jabulani Africa Ministries.  Gerhard and Rev. Why felt the need to bring all these initiatives under one “umbrella”. The people who were involved were from different churches and backgrounds.
After much prayer, Jabulani Africa Ministries (JAM) was officially launched in January 2007, with 4 volunteers who joined Gerhard in pioneering this new ministry. For the first 3 years, JAM operated under the “banner” of the CPA, but registered as a non-profit-organization with their own board in 2010.

1) Training
Our Leadership Training takes on different formats ranging from a 1 day event to 5 day camps. We are also involved with weekly discipleship programs with children and youth.
Learn more

2) Coaching
Two of the biggest needs of a leader is coaching and authentic community. We have established coaching communities (one regional and one trans-national) in order to continue supporting the leaders we work with.
Learn more 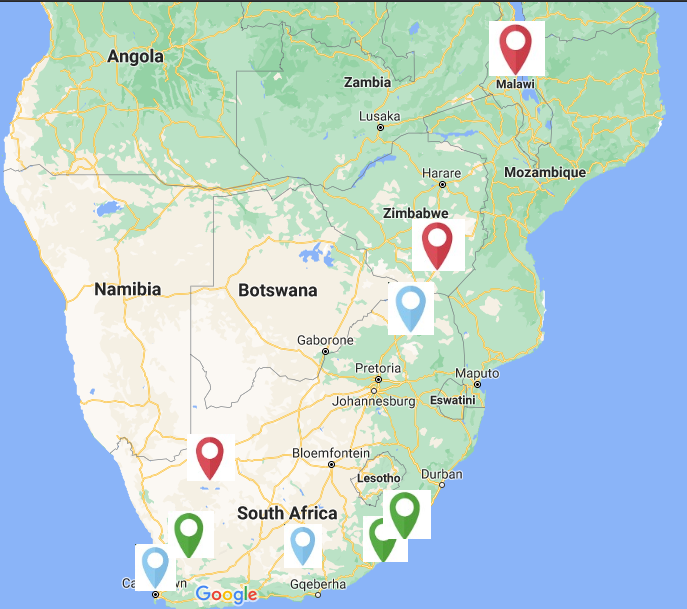 Christ Followers
Our love for Jesus and obedience to His mission is what drives us. “Go and make disciples of all nations” is our marching order.

Authentic Community
All our work takes place within the context of relationships and we desire these to be intentional and purposeful.

Unity in Diversity
In a country that have viewed diversity as a threat in the past, we use it as our strength!

Dedicated Servants
True leadership is displayed when you serve others, in order to do this we try to be diligent, flexible and joyful (“Jabulani!”)

Intergity First
We strive to be honest stewards of what God has given us and to “practice what we preach” in all we do.

Bible-Based
With the Holy Spirit guiding us, we view God's word as the highest authority in our lives and ministry.
Would you like to get involved with our initiatives?
We cannot do this alone! Click on the link below to find out how you can be involved.
support us